Is Cloning an App Risky or Beneficial?

The mobile apps are the new face of connecting with the customers as there are around 2.71 billion smartphones used globally. The mobile app development companies are trying to latch the opportunity to reach customers directly. The wider the reach of the mobile app, the more its advertisement revenue would be. But, a major threat of cloned mobile apps is looming around these companies. Many app doppelgangers look and function in the same manner as the original app hampering its revenue and brand negatively. 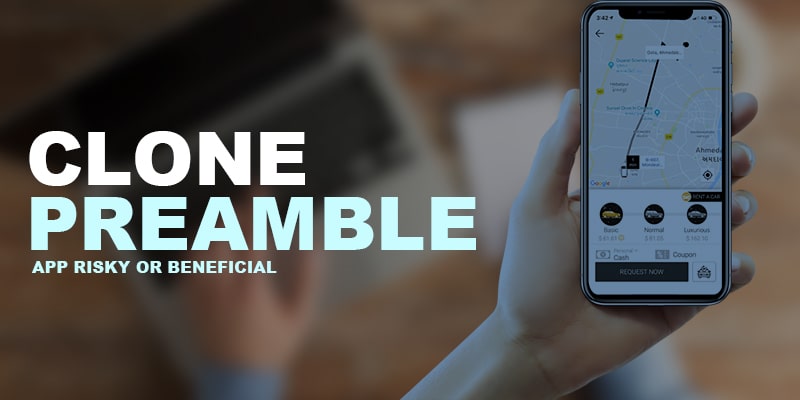 Let us try to understand the meaning of clone apps first. The scope of cloning is not limited to aesthetics only, but it must cover the code also. Two applications can be considered a clone of each other when they have the same code, but the companies owning them are different. Cloning is different from the reusing of code because there are some mobile apps that release their API libraries open for access to anybody. If an app has been created by using the publicly available third-party API, it cannot be considered as cloning. Similarly, multiple versions of the same app cannot be termed clones as their parent company would be the same in this case. 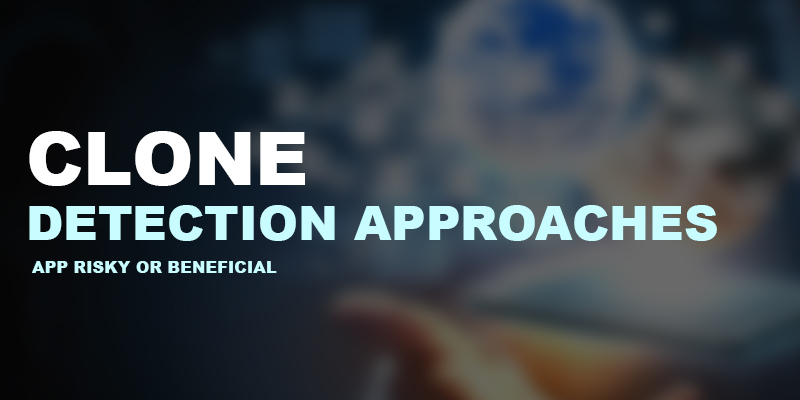 So, how do we detect clone apps? A simple approach is to check the private key of the owner of the app as every mobile app has to be prima facie signed by the owner before it is uploaded to the play store. So, the ownership of two similar apps can be verified by checking the key of the apps. If the keys are different, then there are chances that the apps might be clones. This situation is pretty common for a mobile app development company in india as companies here are fierce competitors. Let us see what the different ways of detecting clone apps are? 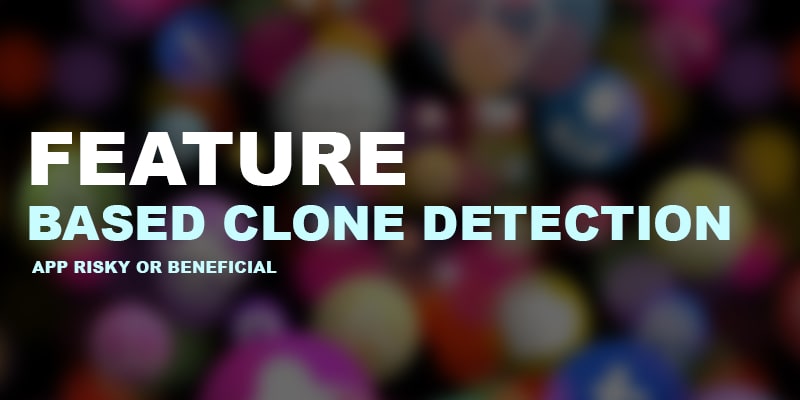 The feature-based clone detection approach analyzes the program to extract the pool of features provided by the two apps. The extracted features are compared to detect the amount of plagiarism in the code with the help of certain tools available online. The selected features can differ significantly in terms of variables, class names, number of classes, loops, libraries, and other programming constructs. This approach is not fully-proof as it ignores the structural similarities of the programs. These approaches have a low clone detection ratio and are highly prone to be fooled. 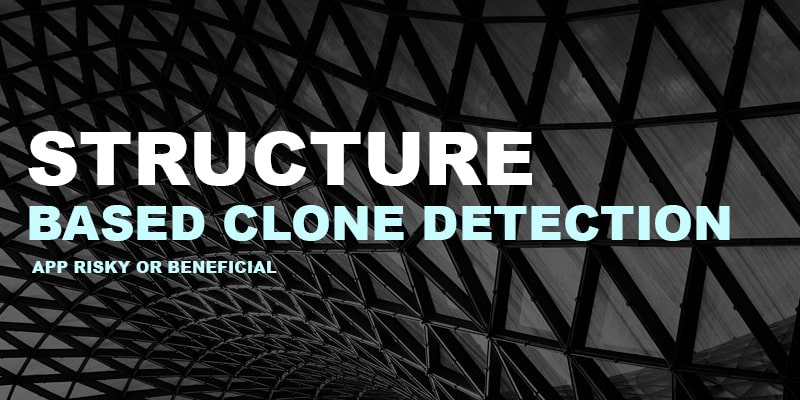 The structure-based clone detection approach converts the programs into multiple tokens generating a stream of the same. These token streams are then compared to detect smart plagiarism wherein the constructs which can be modified with ease such as whitespace characters, variables, comments, etc. are ignored. This approach is more robust than the previous approach in detecting structure plagiarism as it can detect similar or nearly similar code. However, the code modifications cannot be detected properly as the streams do not have semantic knowledge. 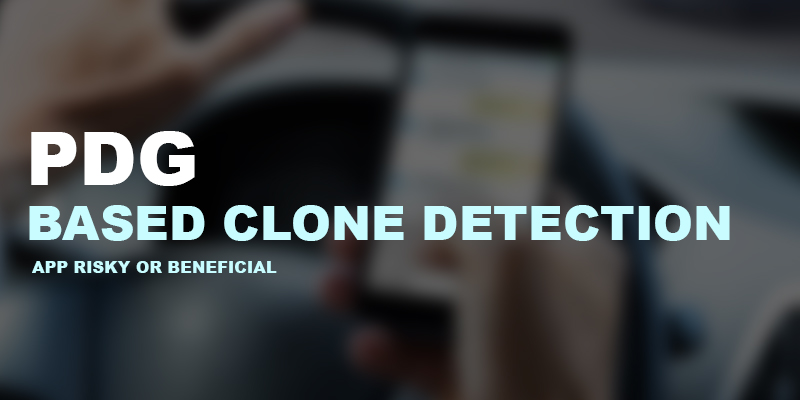 PDG stands for Program Dependence Graph. It represents the methods in the program via a dependency graph highlighting data as well as control dependencies. The edge showing data dependencies is generally between two variables, which are dependent on one another. For example, a pointer variable v2 pointing to v1 is dependent on v1. On the other hand, a control dependency edge between two statements exists, if the execution of a statement depends on the truth value of another statement. This phenomenon is difficult to hide and is often ignored by the cloners. This would be similar to the original app. So, this is the most robust technique to detect cloning. 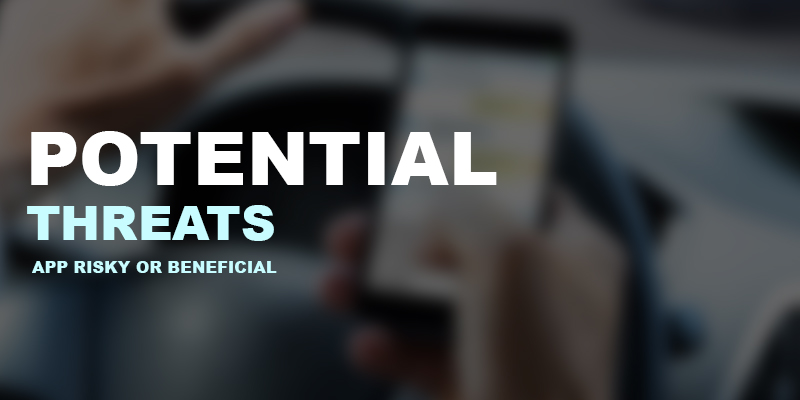 The cloned apps pose several threats to the original app ranging from benign ones to severe ones. The benign cloning is harmless, where the sole purpose is to provide an application to the audience, probably in a different market or to an altogether different niche, not included by the original app owner. Some clones do change the advertising libraries, trying to gain monetary benefits intended for the original app. An example of this is the clone of the download manager, which tricks the user into downloading some other app instead of the intended one. The objective can be either adware or malware for stealing sensitive information. There are other major threats listed below. 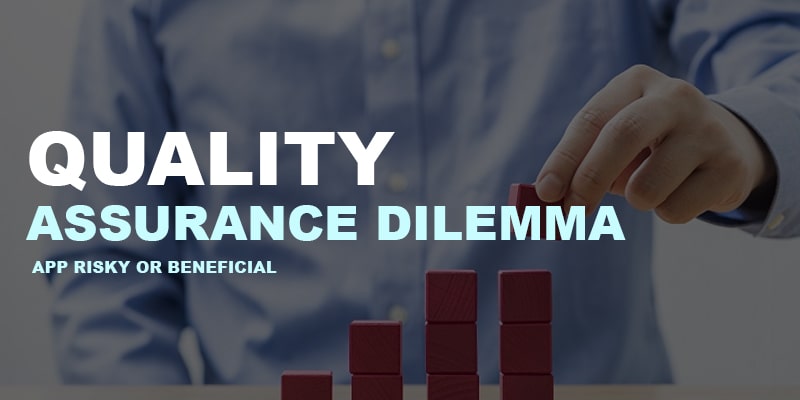 Although the businesses on which clone scripts are based are successful ones, there is no guarantee that the code is of superior quality. The cloned app owner is reliant on the white label app for quality. On top of that, one cannot modify the code. The quality of the app is totally out of your control. Another issue that can crop up due to inferior quality is that the app stores reject the apps which are of low quality. This could incur huge losses to the app owner. 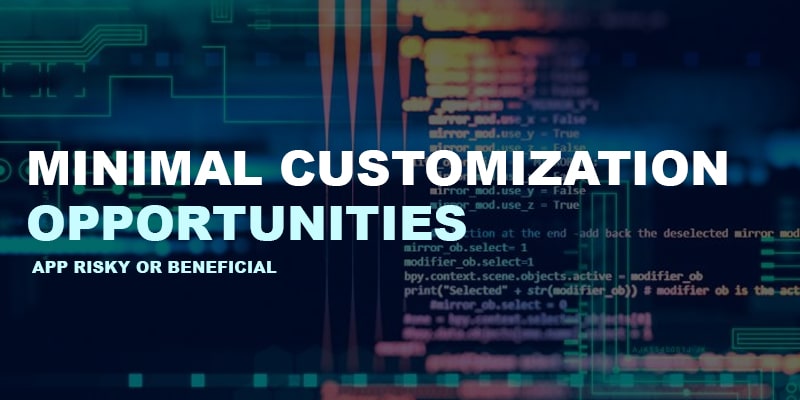 The clone scripts available for adoption generally have basic functionalities only. If you are planning big that it might disappoint you. If you want to include advanced payment options like digital wallets or advanced geospatial features for location tracking, these apps might not be useful for you. In such a case, be sure to check the available features of the app before deciding on the adoption. 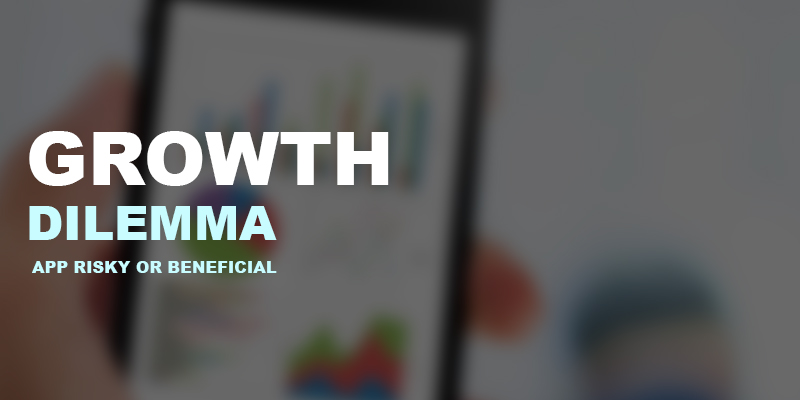 The clone scripts are restricted to a reasonable user base. However, one cannot be sure about the growth rate in any business. In the case of the exponential growth of the business, one might not be able to alter the app architecture in a cloned app. A cloned app might not be able to handle the increased load, and the app might crash. In other terms, there might be issues with scalability in case you choose to adopt a cloned script. 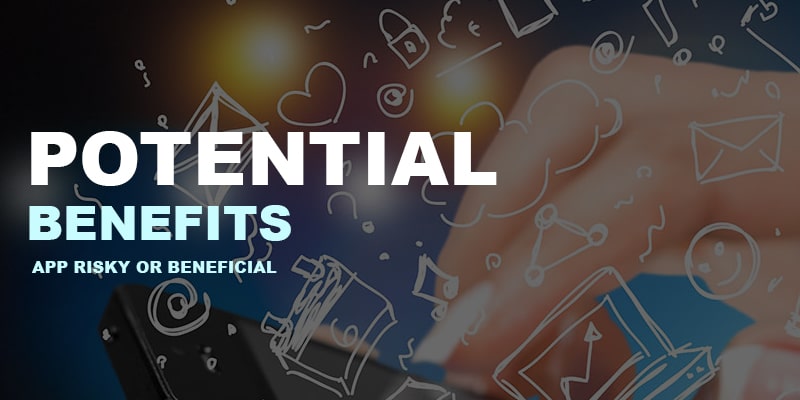 Cloning an app may not always be harmful. There are certain benefits associated with it. First of all, let us try to understand what is allowed and what is not allowed legally in cloning an app. Cloning is perfectly legal unless you violate the Intellectual Property Rights (IPR) viz. trademark, copyright, or patent of the organization owning the app. Cloning doesn’t necessarily mean replicating the entire app. However, the ideation part cloned from multiple apps can be used to draft the idea of a new app. Let us go through the potential benefits of mobile app cloning 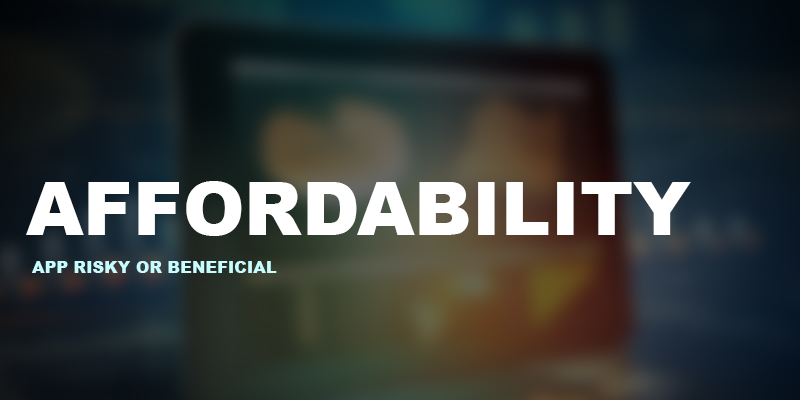 A mobile app built from scratch needs a lot of time and effort. A better alternative is to opt for a white-labeled clone app. These are the apps whose API is available publically at a cost. Studies have proved that developing a mobile app by using a clone saves a lot of development time, and the cost of developing the app is approximately halved. Moreover, designing and research costs are also saved. On top of that, replication ensures saving pennies for branding and advertising as well. 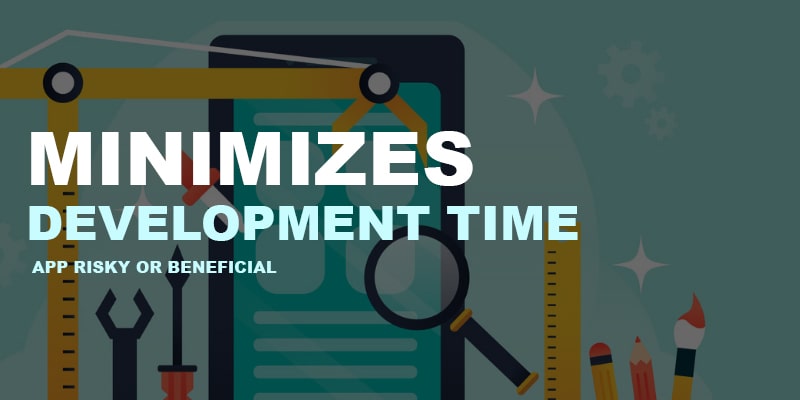 The mobile app developed from reliable clone scripts is a replica of a proven interface. Therefore, the designing of the user interface and aesthetics of the app are already taken care of, saving a lot of designing time. Moreover, the major features are already incorporated in the code, which again banks the development time. This means that one can launch a new mobile app based on these cloned apps within no time. Moreover, these solutions are pre-approved, so no permission is required to launch the app on iOS or Android platforms. 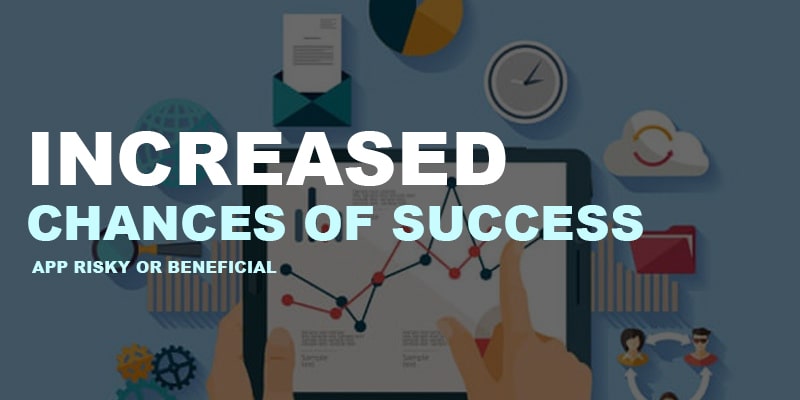 The clone scripts are tried and tested on several platforms earlier; they ensure high-quality bug-free code. Another thing to consider here is that the clone scripts are publically available only if the corresponding business is a highly successful one. This makes sure that a certain level of awareness regarding the business model is already there. This heightens the chances of your app getting succeeded. 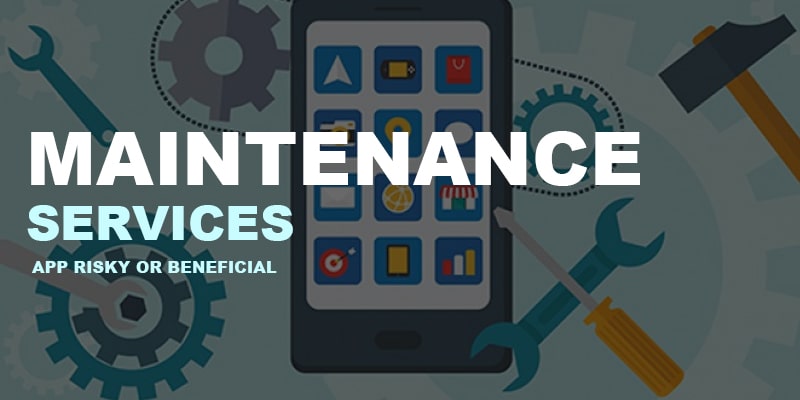 The app development companies providing clone scripts often provide the client apps using their APIs with services like support, launch, maintenance, etc. These support and maintenance services come in pretty handy when the cloned app is launched. The app is checked for the correct functioning of the app, and necessary changes are done in the code. These services come as a breather for the entrepreneurs relying heavily on the success of the app. 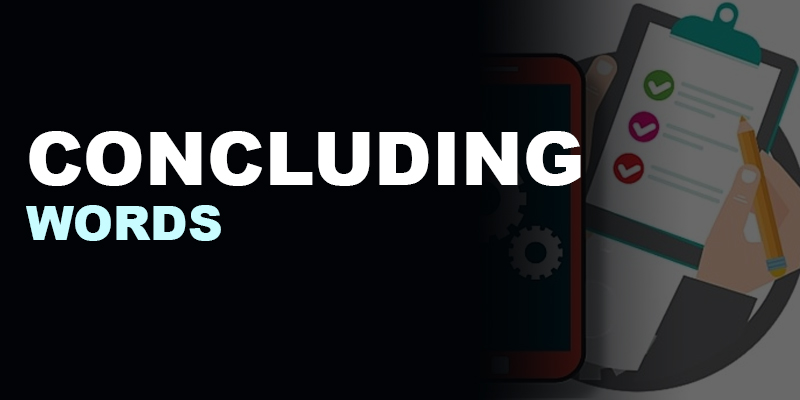 Can an app be cloned?

What happens if you clone an app?

If you clone an app, you won’t get any updates from the App store as they only exist on your phone. Because cloned apps are new apps and the icon of that app can’t be recognized by the clone app. You also don’t need to keep app cloner installed because it can work without it. However, it might not support Some apps.